What is Emergency Lighting?

It is backup lighting that automatically comes on when the power supply to the normal lighting is shut down, for example if the mains power goes off.

It is used to illuminate escape routes, and allow occupants to find firefighting equipment such as Fire Extinguishers if there is a fire.

It provides illumination for the safety of people leaving a location. It is part of the fire safety provision of a building and a requirement of The Regulatory Reform (Fire Safety) Order 2005.

It is usually powered by rechargeable batteries that self-charge from the mains power. The lights are either constantly on (maintained) or are triggered by an interruption to the main power supply (non- maintained). 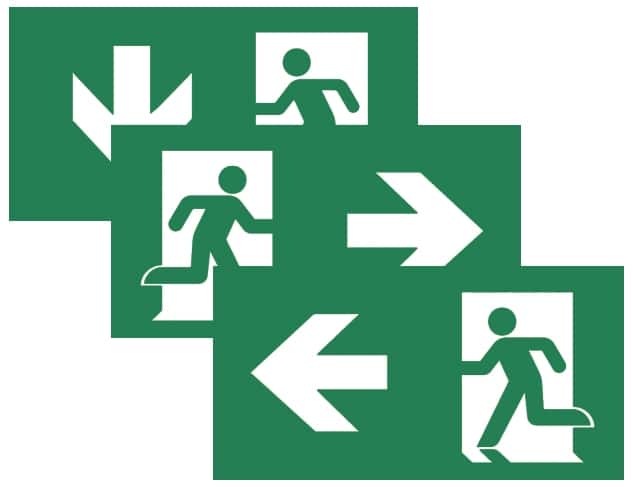 What are the different types of emergency lights and why?

There are three main types of emergency lighting. Maintained,  Non-Maintained, or Combined and are used depending on the type of the building and it’s associated risks.

A Maintained emergency light is a luminaire in which the emergency lamps are on at all times. Maintained fire exit signs are also used in public spaces even where these are well lit to offer clear escape route guidance in evacuation situations where the power does not fail. 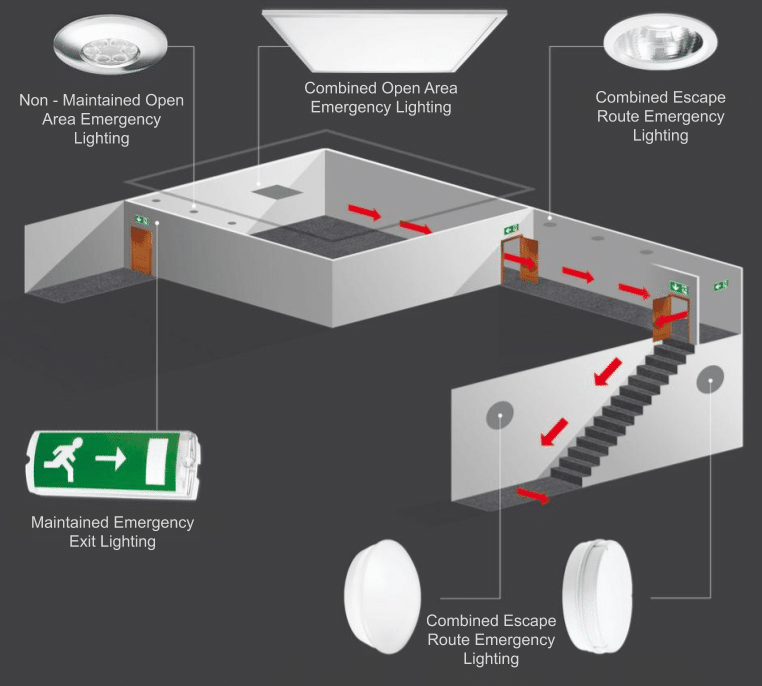 Where should I have the lighting installed in my premises?

Emergency Lighting units and signs should illuminate all escape routes within a premises, especially where the exit route or final exit is not readily identifiable, a maintained emergency exit light should be utilised rather than a non maintained unit. Access to fire alarm call points and fire fighting equipment should also be clearly illuminated.

Escape route lighting – ensures that the means of escape is illuminated so occupants can safely leave the building via the designated escape route or routes.

Open area lighting – provided to minimise panic and ensure there is sufficient illumination to allow the occupants of a building to reach a place where an escape route can be identified.

High risk task area lighting – provides illumination for the safety of people involved in a potentially dangerous process or situation and to enable proper shut-down procedures for the safety of the operator and other occupants of the premises.

How do you ensure your emergency lighting is going to be sufficient?

The designer of the system, and the risk assessor (if different), should consult regarding the:

All of which must be confirmed during the design phase. The design should be completed by a competent fire safety company to ensure it is done to BS standards. If you are based in Gloucestershire or the southwest please do not hesitate to call us on 01452 645073.

How do you ensure your emergency lighting is compliant?

On completion of the installation, MD Bros will always provide a certificate of installation for this purpose. We are also an NICEIC accredited company, so where needed, we will also notify building control of any amendments.

If you have any questions about the above information, or you would like us to provide a completely free quote, please do not hesitate to contact us.

Call Us
Email Us 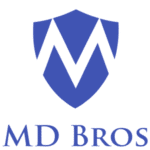